Isabella grew up in a small town near Sao Paulo in Brazil. She studied and practised as a Physiotherapist working in a nursing home. She enjoyed working with the people however wanted something more Orthopaedic. In 2016 Isabella moved to Australia with her partner Igor. They had planned to come and live here for 6 months, learn English and get experience living away from home. She first moved to Summer Hill near our school and work. “My English school did a day trip to Dee Why beach and I saw an awesome little street and said – I want to live here…. Fast forward two years, I lived in the exact place! Crazy…We loved the northern beaches vibe as it was super chilled. I then found my first job in Warriewood with a Chiro.”

Isabella’s Physio diploma was unfortunately not recognised in Australia so she couldn’t practise but could only do “physio related work” Fitness or massage. So in 2017 she started studying to be a massage therapist. Now a qualified massage therapist in Australia, Isabella now works at a Chiropractic centre in Brookvale and of course at pH Clinic – 4 years later!

Becoming healthy from the inside out

As with most people, it is an unpleasant experience with our health that motivates us to change and take on a healthier lifestyle…

In 2018 Isabella had a random nail fungus that wouldn’t go away. She took a long course of antibiotics and had an Anxiety attack around the same time. This was the first of many times her skin suddenly broke out, in cystic, painful pimples on her cheeks. Isabella started to see a naturopath who thought it was most likely a hormonal thing and as I was also suffering bloating at the time, recommended she start to cut out  food groups – lactose, gluten etc.

After starting to work at pH Clinic Isabella decided to come and see our naturopath Hayley for something closer to home. “We were tracking hormones but all seemed normal. I also saw a GP who had been recommending antibiotics to help my skin for a while and after a lot of putting it off, I finally decided to take them”. By this point, Hayley was also suspicious of the cause of Isabella’s skin issues being bacterial and not hormonal also.…They knew the antibiotics would only be a band aid solution to get rid of the bacteria and that they would still have quite a lot of work to do during and after the course was done. “While on the antibiotics, I was going well, my skin cleared and my gut was ok. The bloating definitely got worse though, I even had a scan to check all was ok!”

Alongside antibiotics, Hayley had Isabella on, probiotics, herbs and bactrex to help support her throughout the course and also to keep on top of the bacteria itself. Isabella also invested in 3 microdermabrasion to help with scarring as she thought she had solved her skin problems once and for all.

Unsurprisingly, 3 months after starting antibiotics Isabella’s skin flared up with vengeance – worse than ever.“I actually did a bit of research and came to the conclusion that I now was suffering leaky gut! Hayley agreed and we started to treat it straight away.” Isabella was taking a plethora of gut healing and immune boosting supplements and also did a few colonics to help heal her gut and clear the antibiotics out of her system. Hayley also ran a food intolerance test and it came back with a high intolerance to eggs – which she was eating every day. Isabella  became very conscious of what she was eating, trying to stick to clean non processed food etc and having lots of bone broth. Straight away her gut was better, she wasn’t bloated anymore and her skin cleared up other than the odd hormonal breakout but the problem acne had gone.

After about 6 months of everything tracking along well, Covid happened…. Isabella’s Mum got it and when she found out she couldn’t go back to Brazil to see her family she was under alot of stress. With the anxiousness, came the skin breakouts and bloating…again.

Feeling comfortable in her skin

“While it sounds like a long a windy road to work out what was triggering my skin and gut symptoms, I feel like I’ve finally got there. It has become so obvious that it is what’s within my that dictates how my skin looks on the outside. It sounds obvious but its not always. I now know that stress and bacteria in my gut are the the main contributors to my issues… So while I put importance on food and supplements I feel like a lot of it comes from what’s in your mind. I have also been seeing a psychologist for the last 4 months to help me manage my anxiety and am hoping to see Natalia our kinesiologist to work through it more.

I am by no means out of the woods and my skin still occasionally flares up but because I understand the cause I don’t feel overly anxious about it anymore. Most importantly I feel more intune with my body than ever 🙂 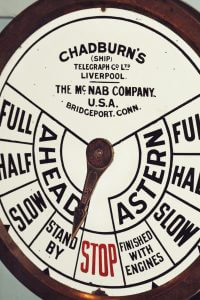